I Wrote a Novel. It's Published. You Can Buy It.

In late October 2009 I started looking around my house for a book on writing that I knew I had someplace. Sure, there was Bird by Bird, of course, and here was Stephen King's On Writing, and then, yes, here we are, Brenda Ueland's If You Want to Write.

Oh, and that Writing Down the Bones one. And that's probably it. I mean, except for Coaching the Artist Within. And How to Write and Sell Your First Novel. Then the supplemental info: John Gardner's The Art of Fiction, Joseph Campbell, Strunk and White, various journalism and marketing writing texts. That ripoff Elmore Leonard book I thought was a book but was really 10 cartoons.

I ended up with a stack of about a dozen. I took that as a sign that I was ready.

There's a website—you know it—that encourages people to write a novel in November, and I planned to succeed this time. Somehow, I guess because I surrendered to what I knew I had to do, I did it. Every (or most) mornings, wrapped in a blanket at 5:30 in a dark living room, the house asleep, the skunks wandering home past my window, I'd type. Pound it out. Don't look back. Jot down the spelling and first name of the antagonist. Write forward. Butt in chair. Those books all said the same thing.

It's likely that the difference this time, compared to the other two times I'd tried to write a novel, was that I had trained for and run three marathons before I sat down to write this one. My body and mind now understand the sustained nature of effort required to whittle an unimaginably large task down, atom by atom, step by step, word by word, bird by— whatever. Something clicked. (Keys, yes. Keys.)

Weekends, I was granted hours to go to the local coffee shop and spend solid afternoons there, headphones in, old timey country music blocking the hiss of espresso, intent expression signaling my unusual-for-me focus to my neighbors and friends. Words words words out. My only writer's block was the block I put against doubt and pause and sloth and backwards-looking and judgment. It was a month-long push.

By the end of November 2009, in keeping with NaNoWriMo, I had reached 50,000 words—and a rough story that stopped abruptly with nothing resolved. So I buckled down and spent the next ten months putting the final 40,000 words together.

Then I edited. And edited. Then I asked people to read it, starting with a literate novel-reading writing librarian who's kind enough to live with me. And then a friendly police officer to advise on technical matters. A former literary agent. A publisher of textbooks. An honors English teacher. Other writers. Wise people. Good people.

I saved their responses. I bundled them up in stacks. I ran another marathon. Wrote some podcast scripts. Worked a day job. Traveled. Journaled. Attempted wit on social media. Opposed bad developments in town. Passed the stack each morning on my way down to get dressed. 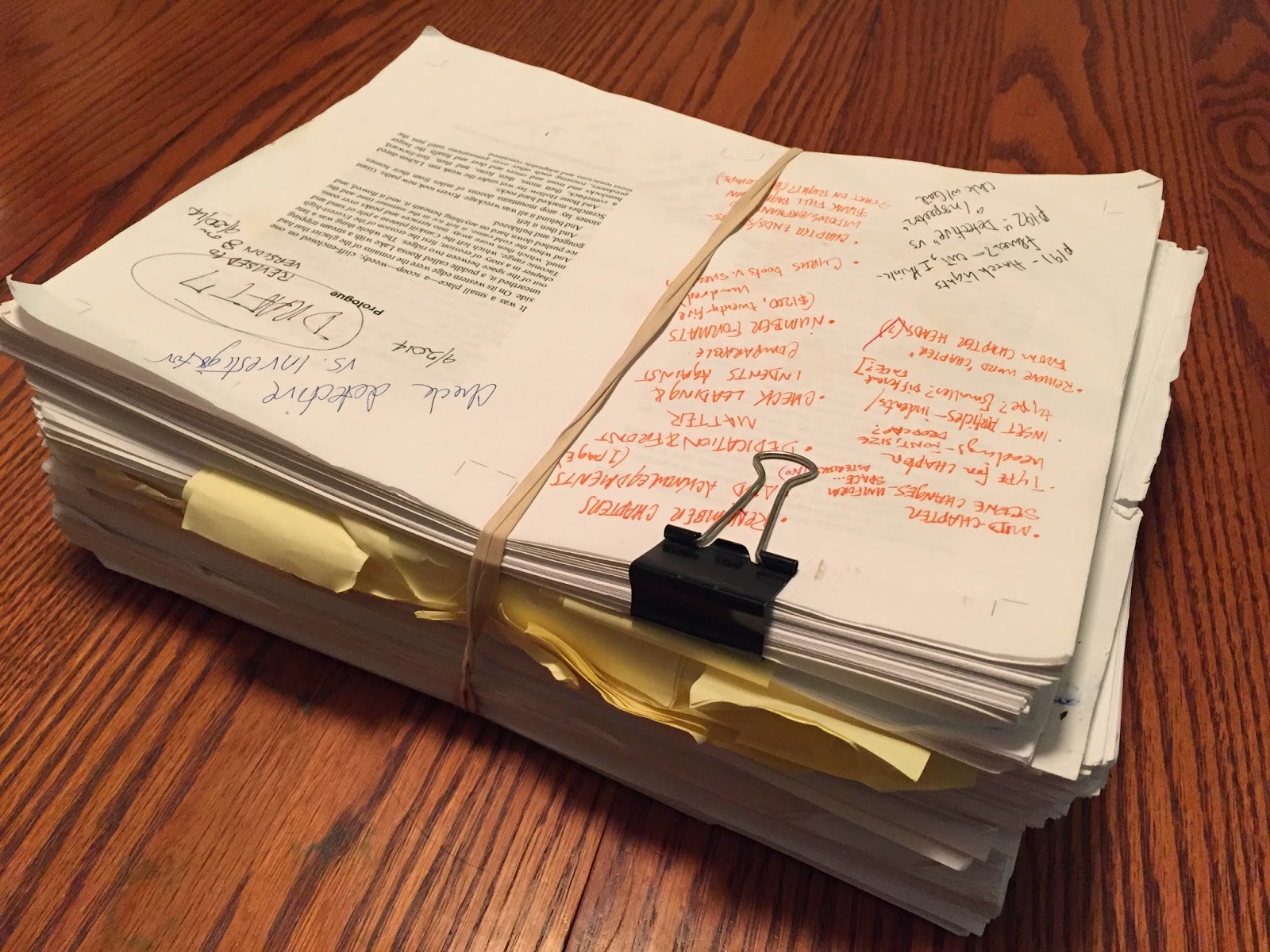 And would occasionally lose myself in thinking about my characters, who did things I didn't control. I asked a friend once in the city, while attending a memorial for an artist friend who hadn't finished, why one character did some things that my readers found objectionable, but which I cheered. Not having met her, he suggested something in her past. It clicked. It went in.

Then I got to the part where I kind of looked around and said this is done. And it was done, it tailed off, I knew there'd be more effort but this was good. I did what you do, which is you think and say this is saleable. You really think this is readable, but the books and everything else say you're supposed to jump that little hedge one side of which is art and the other side of which is commerce and it's such a short hedge and it's hardly any jump at all. So, it was readable. By commercial people.

One of my readers, as mentioned, is a publisher of textbooks. When I began pitching the book to agents he casually said "let me know if you want me to publish it." And I said something like "wow, thanks, good to know, Plan B," etc.

This next part is a complex emotion that's its own post, but it's a melange of impatience, ego, sound judgment, experience, self-confidence (not ego—the real stuff, the stuff that comes so hard and takes so long and maybe has something to do with decades of holding down high-functioning jobs and running marathons and raising kids and proving oneself to oneself until one's forced to think maaaayyyybe one is competent) and excitement, and it told me to stop pitching the book after about six weeks of the agent search and just surrender to what had been placed before me, which was a friend offering to help.

More to come. In the meantime, the book's called Bone Hollow and you can buy it here.