They’re planning a housing development up this way…two, in fact. One of them—the one I'm going to talk about—is along a woodland road bounded by old stone walls, steep hills and rushing streams. It's a place where you can drive a little faster, if that’s your thing, or look off into the trees and see the places where the rocks are exposed and the land slants upward rapidly into these human-scale heights that beckon the hiker or picnicker. Deer, of course, abound. This road often serves cyclists and runners, although it’s too rich for my blood with an extended climb that’s got to be a mile long.

So they want to build on it, 300 or so houses, McMansions, of course, because that’s what builders build when they build new. An ignorant newspaper editor around these parts recently praised the sketches intended for the other development because each one was different! And had lots of windows!

Anyway, here’s my point. My point is, if you’ve got to build it, build it compactly. Build it around the intersection at the heart of this proposed development, and make half of it town houses, insert a few true mansions among them, limit the number of large single-lot homes, put in a green, leave a median strip between the homes and the main road, have multiple access points to it, and add a convenience store and a post office relay station and a place where the library can park a book mobile once a week, and sidewalks, trails into the woods, a traffic light at the intersection, designate a small daycare facility, and save the entire area another headache that none of us need. From every perspective—environmental to taxational to educational to aesthetic—this is the better way.

Those pestilential McMansion developments exist in the region, of course, in a sort of rough ring around our semi-protected little swath, and those woods are one of the buffers. Coming north you pass out of a large commercial zone, past a few developments built up against sensitive habitat, then enter a long cool green corridor, where some conscientious prankster, alarmed at the speeding traffic, has pasted pairs of deer-eye-sized reflectors in the trees to encourage people to slow down at night. The stone walls. The thick trunks fading back into the darkness of hillsides, then a rushing torrent pouring down from the east. This, a developer wants to ruin, making it house after house after house after house, replacing forest with lawn, replacing native stone walls with imported, pasting up the shitty architecture of least common denominator over triple garage doors, the whole thing taking up the whole space.

To the developer who thinks there’s no market for such an idyllic development as the one I've described, I say: look at the towns nearby. They were built the same way, 150 years ago, and they're fully occupied with homes that retain their value even in real estate downturns. Imagine if the closely-built, walkable, traditional homes in this area were brand new? Demand would soar.

To the local governments who claim that they have no power in the face of such developers and can’t rezone the area for adjoined housing or redraw the property lines, I say, you’re just not using your imagination. Considering that housing prices would be more stable, if not higher, if you build the way I suggest, and that the community would benefit, it seems that developer and town could easily reach agreement on the particulars.

For the record, I'm not against growth per se (although my preference would be to see density increase in established zones before we rip out more woodland). I wouldn't be surprised to know that the developer has been here longer than I have. No, my take on development is not "last one in lock the door." Rather, it's more like "next one in, don’t fuck the place up."

Anyone who knows anything about how to accomplish such feats of exurbitude, please comment below.

The kid's like, totally into cause and effect. So's the cat, apparently.

The original is partially viewable here. And the Honda commercial it spawned. ("Honda? *call me* ") Gold is a soft metal, but it can take a few scrapes and look good. That thin band with the milled edge isn’t quite the same one she placed on my finger ten years ago—you can see where it’s been dinged a few times, and it’s now attached to the silver engagement ring she also gave me.

The silver ring—it came from the Museum Company store—is scratched in places, the design worn and weathered on the bottom. Although it’s a circle, it does have a bottom: I always wear it with the “vous” uppermost, partly because that's the first word of the sentence that runs around the band, but also because I had two metal bits soldered to the opposite side of the inside rim so that it would fit when I lost all that weight, and they nestle properly in the inside bend of my knuckle. Around that same time I had the two rings welded together—they were too loose, rattling around up and down my suddenly-slenderer finger, and the wedding band seemed lonesome and thin by contrast with the other when they were apart.

We resisted marrying near her parents’ house at first, then later bought the house from them and lived in it, then moved someplace else. Now we drive past the country club where our ceremony took place, several times a week, never having dreamed that it would be part of our landscape. A close friend of ours drew the place eight years before we married and gave us the drawing a couple of years ago. We hung it up near the foot of the stairs.

The guy we bought the wedding band from—Ben Moses was his name, on 47th Street—made a big deal out of the “milled edge,” like grinding a pattern into a thin 14-karat ring should add some kind of premium to it. I haggled a little, I won’t lie, it seemed like the right thing to do, especially after he tried to engage me in sports talk. He played along. It was nice. Ben Moses’ handshake was firm and lasted and he looked me in the eye, then turned to speak about me to my then-fiancé without letting go. If I wanted to buy something like that again, I’d go to him.

My left ring finger is thinner now, and the ring’s occasionally run into some things hard enough to scratch it, but the scratches catch the light. On the inside of the ring, the part that touches my skin, the weld is not decorative. The metal lumps soldered in there are crude-looking, too. But it has never fit better. And both it and I are stronger than when she married me.

If anyone's looking for me, I'll be doing yoga in my gravity boots

(Important backstory: The author has been six feet and a half inch tall since he was eighteen years old.)

Alarmed that I hadn't gone to the doctor in three years or so, I made an appointment with a new one. I got on the scale and she slapped the metal ruler onto my head.

"Five-eleven and a quarter," she told me.

The doctor tells me that as we AGE, our discs "lose their moisture." Oh, please. That's right out of a Gilbert Gottfried bit he used to do about drying out a pet turtle.

She didn't understand. I had gone from Lumberjack to Regular, from CEO-height to grunt, from Heroic Warrior to Hobbit. Five-foot-wha!? ME? There had to be some other explanation besides the loss of a little disc-water. Finally, I made her give it to me straight. Like most parents, I'm shrinking Because Of The Children.

Why New Yorkers Are Pissed 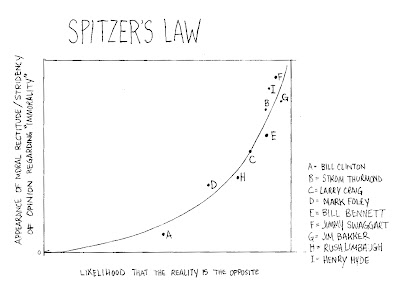 Someone please write this up, film it, send link

I just had a thought that a funny skit or short film would be a fantasy setting with a typical group of adventurers on some kind of quest. The characters would have strange, major quirks, like one guy's inordinately proud of his ornate shield, one seems to be obviously planning to kill everyone else and steal their gold, but no one seems to mind particularly. They butcher everything that crosses their path, and they feel a great sense of accomplishment each time something dies by their swords. Everything they kill is carrying or guarding some gold coins, which they pick up and carry along, eventually staggering. Slowly anachronisms would be revealed, in speech, in events, in accoutrements. Maybe there's one female character, and they all keep making fun of her until she gets mad and stabs one of them, not fatally, at which point they become extremely contrite. And of course, haha, it's eventually revealed that they're D&D characters.

I had this idea because I used to play a Ranger who had a cloak lined with pockets in which he kept a variety of important things -- gunpowder, spices, tobacco, spell ingredients -- I had this list of fifty items. It was like a medieval fly-fishing vest. As I was reading about Gary Gygax, I thought of how this supposedly formidable, silent warrior, Rogan (who was named well before Rogaine, by the way) would look in real life, striding along, bulging pockets all over the place, his trousers sagging with all the things in his pockets, rattling, smelling funny.

South of here last week there was little snow. And fewer, albeit still plentiful, deer. Where I grew up, a deer sighting was about as likely as a polar bear. So you can imagine that I feel as though I've moved to the American Museum of Natural History and Yellowstone, while the lad will probably grow up to be a hunter.