Laying this Hammer Down

My neighbor Pete Seeger once told the musician Josh Ritter "the most important thing you could ever do is to choose a place and dig in."

I've done the first part, but I've fallen behind on the second part. So I'm taking a break of indeterminate length from Exurbitude.

This past weekend, I went away to San Francisco to see how much farther blogging could take me, and while I was gone the garden went batshit crazy. The tomatoes got heavy with fruit, reared up and fell over, deer ate practically all the leaves off the pumpkins, and the cilantro started to self-sow. My kids got larger. The tolerant, generous, dedicated woman who loves me went to the meeting for the new food co-op, and she introduced the clothesline I put in last week to its first set of fresh laundry. She sent me a picture of the sun shining on our lives.

Of all the things I learned in San Francisco, the one that applies here is that blogging differs from writing, which I’ve been doing all along. Blogging demands more, and writing is just the centerpiece to a world of commenting, flickring, twittering, emailing…what we call building virtual community.

I’ve found incredible people in that community (see partial list at left). And thank you all who are reading this for being part of it, and for your indulgence. But it also turns out that I live in a community. It’s made up of people I like and don’t like, resemble and don’t resemble, agree and disagree with, and whom I can look in the eye and argue with at a meeting, but keep it civil because later I’ll run into them at the convenience store. I haven’t been engaging my community properly, either.

At the BlogHer conference last weekend, there was a panel on following your passion in which everyone agreed that the lamest Internet thing you could do was to raise up your fist and walk off the blogging stage with a grand, gestural post. Eye roll. So I'm not doing that; I don't swear to be gone for all time. My five year old — who found his first loose tooth tonight — says things like "forever." I don't. 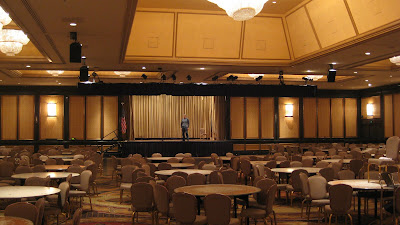 Ahhhh, who am I kidding? The grand gesture ROCKS. Anyone needs me, I'll be tending the garden. 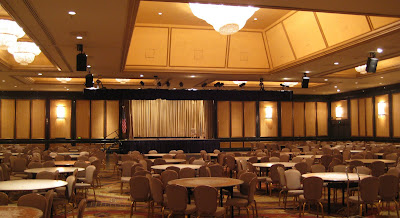 Wait, for real? I was just getting to know you!

Yeah, a weekend in San Francisco will do that to 'ya.

Now, Bill, I beg you to rethink. I know you've already made the grand, gestural last blog entry, but I would like you to eat humble pie and change your mind.

Bear with me; this comment is going to be overlong.

Look, once a month I decide absolutely that I am going to quit blogging at Perceptive Travel because it's just too much work and time and I should be focusing on my real writing and using my good ideas for magazine pitches ... blah blah blah. (And paying attention to my own tomatoes.) It isn't the little ad check that buys a six-pack that makes me change my mind. It's the sudden little idea I want to share -- you know what I mean. Some notion that will eat right through your skull if you don't write it down and share it. And it's usually something a magazine editor will never publish -- too long, too short, too controversial, I'm not famous enough to say that, whatever.

The point is, blogging is a complement to the real writing. It's where we can put up all those ideas that otherwise would never see the light of day. I've had stuff published in some big-name places, including Canada's version of the New Yorker, but that's no excuse for dumping the tidbitty little things that make up the world of blogging. Rejections will continue to accrue, so you might as well let your words have their way through some outlet.

Blogging is where you can explore and refine your own quirky voice, without writing for an editor. And Bill, you've got a great voice. Many times I've read your entries and wish I could express my life's happenings as engagingly as you do. Including writing about my goats!

Rethink. Half an hour a week to your blog? One hour maximum? To keep alive something you've built and nurtured? If you don't regret it within 10 days, I owe you coffee at 2 Alice's.

Or you can tell me to just bugger off. Fine. Come over, have a beer, we'll throw both our overripe tomatoes at the goats.

Wow. Must've been a helluva blogging conference you attended, Bill, because when you returned from it, you decide to quit blogging.

If BlogHer has the same effect on all its participants, it will be a short-lived event.

Somehow, I don't believe you.

That said, I'm happy to have met you - here and in SF.

Billeee! I found that very moving. I know it's about finding a balance, not about stopping blogging. I look forward to playing with all of you once I'm back nawth. --Tia Tere

I get it. I totally get it. And I'm disappointed. But I get it. (I performed a grand gesture a few years back, and it took quite a bit of time before I got my groove back, as Terry McMillan would say.) (I am now giving you the secret Weight Watchers handshake in my mind, by the way.)

Take some time. And I hope you reconsider.

Mr. Braine, there is no reason to leave. Seriously. It doesn't have to be all or nothing. It can be sometimes. It can be light or heavy. It can be like a book you pick up in small bites.

Dammit! I just met you!

I don't want to tell you that this may be your loveliest piece of writing here yet. Because that would only encourage you to go out on it, and I'm one of the ones hoping you'll respond to the calls for encore.

I would no sooner argue with Pete than a devout Catholic would with the Pope. And I know about the peril of digging too many shallow wells.

But you've struck something very pure and clear right here, and my wish is that when you are ready, you'll come back to this spot or somewhere near it and dig in right back in.

Ditto what "anonymous" said. That was perfect.

Might I add that you are in amazing dancer and I never had so much fun faking it with you on the dance floor?

Aw, too bad. But it is the peak of gardening season, and you have kids, so I understand. Still, I will read through your archives to see what I've been missing all this time.

And, for what it's worth, I think we got off on the wrong foot. There's an explanation. Anyone who is adored by Kyran and Alana has to be good people and perhaps I jumped to judgement too quickly. My apologies.

Good riddance. And about time too. Now go tend your garden and throw a few stones through the library windows for me.

You'll be back, and so will your tomatoes.

It was nice to meet you, even if it was on your way out.

And congratulations on the loose tooth! May you not find yourself scrabbling around in the sofa for Tooth Fairy money.

There isn't a day that goes by where I don't think about packing it in. And a lot of it is about balance and keeping realistic about what I can achieve with the very real demands of my home life. I hope your break is rejuvenating and that you'll be back. If not I will have to go over across that there river and beat those beautiful future posts out of you with a stick. Ahem.

Bill, Good Luck in all of your creative endeavors here on out. You are an excellent writer, with a great voice. I will be keeping an eye out for your next book of essays. Hugs, Krispy

Sometimes the field has to lie fallow, right? It's a gardening metaphor! No, but really. You come back when you're ready. Or not. Real life is pretty good, too.

Sigh. Go on then, have fun with your real friends. We'll wait here, eat your website and trample your comments until you're ready to come back.

I'm just checking in to see if you've been back here yet. You're not. Now I'll just go pout somewhere.

So sad. I will miss you.

I came by to check, too. We're leaving the porch light on.

As you can see I stopped reading blogs a while ago. I liked it a lot. Now and again, I would write a smart comment somewhere. You told me yourself that I was good at it. But you know what? I stopped saying hello to real people. I didn't have to make a connection. I had a little group of anonymous friends who would never have to see my new wrinkles, and my often-grouchiness.

It's no good, Bill. We live in a tangible world with flesh-and-blood people. It's good to shake hands and smile at a real face. You're doing the right thing. Write your books. Tell me when they're published, and where. I'll buy them. I'll send you a letter and tell you what I think. Honestly.

I enjoyed your company a lot. I'm sure your books will be good to read.

All the best to you and family.

Just when I thought I'd found a way to contact you, you go and get all adult and responsible-like. Glad to see you're doing so well long after Wantagh.

Shit. Just as I was going to start reading this and everything. Sigh.

My website got 2 hits from this place today, so I was wondering if anything was happening here yet. If ever. I see that it is not.