A dream you dream together

1995 — I'd never been to the Dakota before, but the woman I had just begun dating loaned me Jack Finney's Time and Again, and I became curious about the building. We met at a bookstore on the upper west side, had dinner, and walked with coffee down to 72nd Street. We talked on the corner outside the building.

Traffic pulsed by on Central Park West, silencing itself with the red lights. During one such lull, I heard the sound of distant singing.

...and the cars started up a again. She hadn't heard.

The next red light, she heard it too. It was coming from the park. It sounded like a crowd. Dark, in there. I persuaded her in.

The full moon shone on a gaggle of hippies with guitars strung around Strawberry Fields, joined by scores of people holding candles and singing. It was October 9th— John's birthday, someone told us. We sang for a couple of hours. And I walked her home thirty or so blocks and at her door she kissed me for the first time. And John sang on our wedding song.

He demanded a lot of people, did John Lennon, and it's hard to measure up. But reading him, hearing his words when he was on topic, you want to measure up. I guess the least we can do is remember what he eventually wanted to be remembered for. 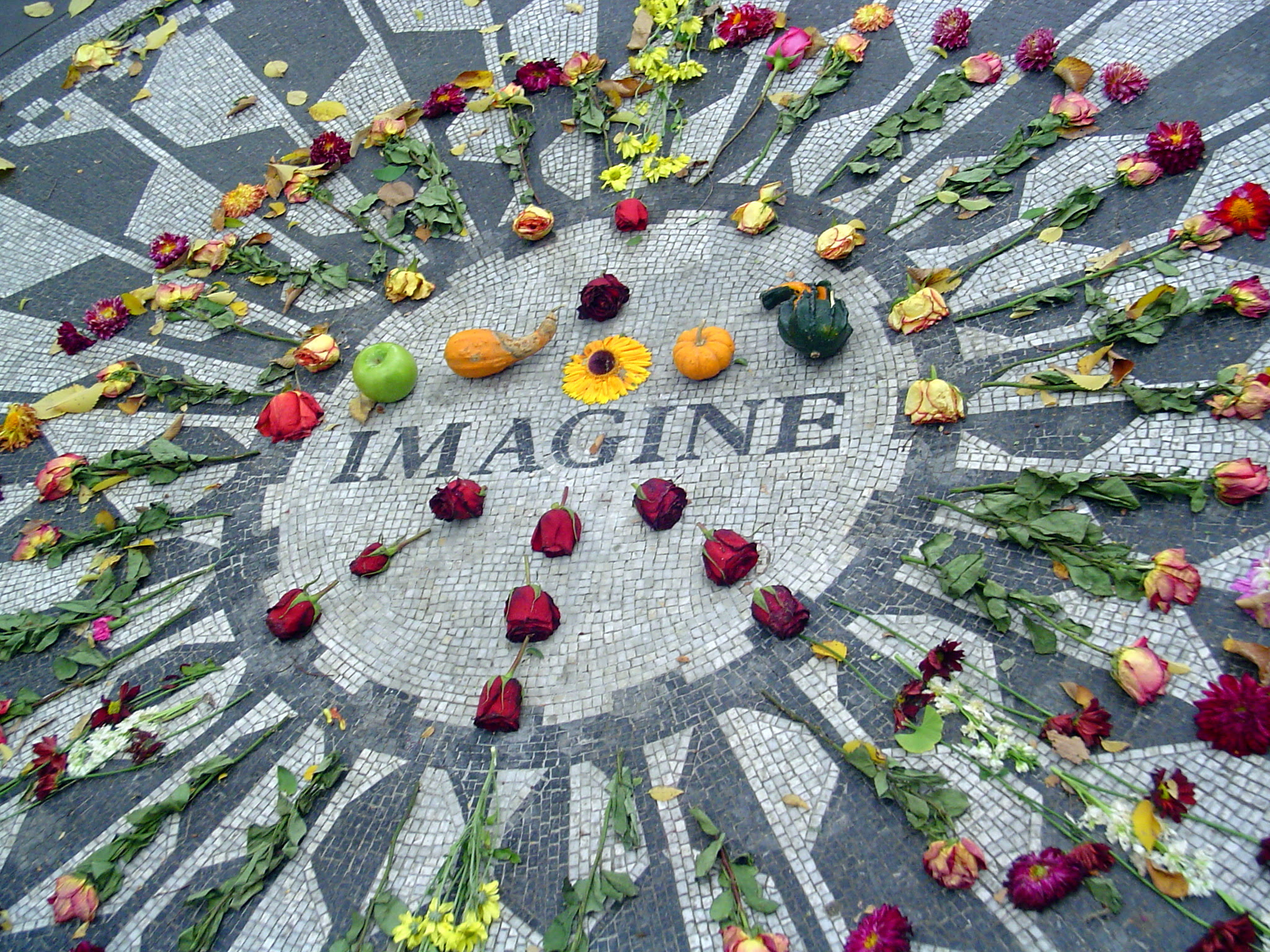